Where the Witch-hunters are: Satanic Panic and mental health malpractice 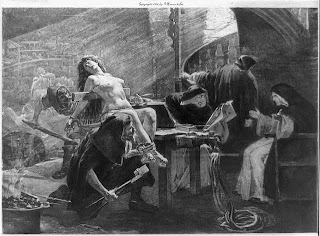 “I have met many demons, devils, evil characters, representatives of Satan, and Satan himself in my MPD [Multiple Personality Disorder] work.” -- Colin Ross, MD, 1994 Past President, International Society for the Study of Trauma and Dissociation (ISSTD)

“I remain troubled about the matter of transgenerational satanic cults.” -- Richard Kluft, MD, 2014 Past President, ISSTD

It is with an ironic sense of disdain that we can now look back upon the day-care sex-abuse hysteria of the 80s and 90s, with its imaginary conspiracy of pedophilic Satanic cult activity, and remark that one of its primary instigators was a devout Catholic. A foundational text for the “Satanic Panic”, as it came to be called, was co-authored by the pious psychiatrist Lawrence Pazder who, with his client-turned-wife, Michelle Smith, wrote of Smith’s alleged early ritual abuse at the hands of a secret Devil-worshipping society. Michelle Remembers (1980), billed as a true story and humored as such within the talk-show circuit of the time, was a ludicrous supernatural horror story in which both Christ and Satan made dramatic guest appearances. The senseless, confabulatory ramblings upon which the “facts” of the book were constructed, were gleaned from hypnotic regression sessions, in which Pazder claimed Smith had recalled horrific events that had previously been “repressed” deep within her unconscious mind.

It doesn’t take any lofty credentials in psychology to whiff some air of projection in Catholic claims, that yet persist, against their imaginary enemy’s loathsome proclivities. And while the Satanic Panic witch-hunt extended well beyond the Catholic Church, and beyond political boundaries -- even at times finding its paranoid claims prosecuted, without credible evidence, in the hallowed halls of secular “justice” -- one can still easily sense that same guilty projection in all of the twisted, grotesquely detailed child abuse fantasies of that era. In passionate tones of moral outrage, self-appointed occult crime authorities and Ritual Abuse experts gathered at informational meetings and conferences to revel in sadistic child abuse tales, similar in transparent latency to angered pulpit-pounding outcry against the “homosexual agenda”. 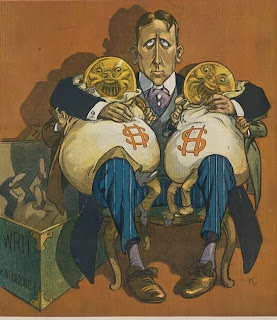 As revelations of a major Mental Health Care scandal come to light, a malpractice settlement threatens to conceal the issue from scrutiny once more.

On November 21, 2011, the first of four disturbingly similar malpractice lawsuits was filed against Castlewood Treatment Center, LLC. Among the allegations, a former client of the St. Louis based eating disorders clinic, Lisa Nasseff, claimed that “under the influence of various medically prescribed psychotropic medications” she was “negligently hypnotized” and coerced into believing that, among other things, she “was a member of a satanic cult and that she was involved in or perpetrated various criminal and horrific acts of abuse.” Leslie Thompson, Brooke Taylor, and Colette Travers all followed suit, each also alleging the cultivation of traumatic delusions while undergoing treatment at Castlewood, particularly under the care and supervision of one Mark Schwartz and his (then) wife Lori Galperin. The stage was set for an intense legal battle when, according to KMOV 4 in St. Louis, “Castlewood denied implanting false memories in the women and called the allegations bizarre.”

Read more »
Posted by Doug Mesner at 4:50 PM No comments:

"They Should Live in Infamy for What They Have Done". An interview regarding a Mental Health Care scandal

In this incendiary interview with Matt Dwyer, I discuss the shameful mental health scandal of Multiple Personality Disorder/Dissociative Identity Disorder -- a diagnostic classification that persists in the Diagnostic & Statistical Manual of the American Psychiatric Association despite being debunked by the best available contemporary empirical evidence, and despite the very evident harmful effects of the imaginary condition's so-called treatment. I speak of my own experiences in documenting the pseudoscientific psychotherapeutic subculture of dissociative disorders, and reveal how, at its core, it is a subculture that is driven by, and dependent upon, Conspiracy Theory of the most paranoid delusional kind.
Download the interview from Feral Audio here: http://www.feralaudio.com/74-doug-mesner-repressed-memories/

Posted by Doug Mesner at 9:50 AM No comments: 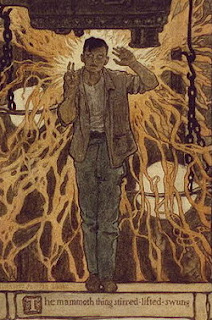 To be fair -- when considering the “expert” qualifications of the perpetually panic-stricken Dr. Randy Noblitt -- one should take into consideration that the man’s doctoral thesis was, in fact, a work of Astrology. However, in a career made notable for unsubstantiated hysterical claims involving a preternatural conspiracy of Satan’s minions, his dissertation upon the Celestial Concomitants of Human Behavior may possibly be the most lucid work in Dr. Noblitt’s unquestionably disreputable bibliography.

I feel it important to make note of his dubious beginnings so one might recognize that this tin-foil hat Torquemada never, at any point in his professional career, seems to have become unhinged... he never exhibited a firm grasp of reality to begin with. Thus, when reading the barrage of lunacy attributed to “Little Knob” below, the question isn’t: where did this professor of Clinical Psychology at Alliant University go wrong?, instead, the question should be: how is it that this man ever became a professor of Clinical Psychology at all? And, worse, How is it that his testimony, as a man of Science, was considered favorably in a situation where personal liberties were at stake?

In 1992, at the height of a social hysteria now commonly referred to as “the Satanic Panic”, Dr. Noblitt -- believing he could disentangle the coercive subliminal sounds of secret demonic code within popular music, as well as decrypt the hidden meanings behind seemingly mundane occurrences -- testified for the prosecution, as an “expert” in the field of “ritual abuse”, against one Fran and Dan Keller, a couple accused of engaging in child abuse at their home-based day care center. With no physical evidence to support the accusations (which included claims of graveyard rituals and medically undetected limb transplants) the couple was convicted on the most dubious of testimony. The children themselves -- ignored when they claimed they were not abused at all (as happened even in testimony) -- were led by coercive and incompetent interrogations to produce claims of abuse which are nearly impossible to credit [see footage and analysis of one such interrogation embedded below]. Noblitt’s own fantastical testimony, of course, was no more credible than Noblitt himself.
Read more »
Posted by Doug Mesner at 12:34 PM No comments: 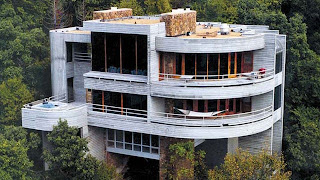 The bizarre nature of the lawsuits created a minor, short-lived sensation among the national press at the times of their filings. The first, dated November 21, 2011 -- Lisa Nasseff vs. Castlewood Treatment Center, LLC. -- alleged to gross malpractice suffered while undergoing “treatment” at the St. Louis eating disorders clinic. To quote directly from the suit:

“defendant carelessly and negligently hypnotized plaintiff at a time when she was under the influence of various psychotropic medications and said hypnotic treatment directly caused or contributed to cause the creation, reinforcement, or increase in plaintiff’s mind, of false memories including the following:
a) Plaintiff suffered physical and sexual abuse;
b) Plaintiff suffered multiple rapes;
c) Plaintiff suffered satanic ritual abuse;
d) Plaintiff was caused to believe she was a member of a satanic cult and that she was involved in or perpetrated various criminal and horrific acts of abuse;
e) Plaintiff was caused to believe that she had multiple personalities at one time totaling twenty separate personalities.”

Posted by Doug Mesner at 6:02 PM No comments: 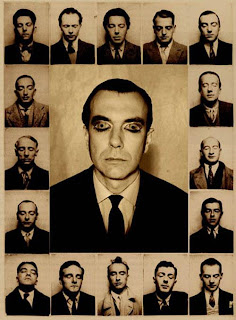 Yet again, it turns out, everything is exactly as everybody suspected and feared. The Truth has been concealed, as usual, behind a veneer of whitewash, propaganda, and outright lies, but it is irrepressible... and increasingly more obvious.
As new details about last week’s Boston Marathon Bombing emerge, along with facts about the lives and loyalties of the suspects, it seems that virtually everybody finds confirmation of their cherished “Truth”, whatever that Truth might be.
It took no time at all for the simplest minds to publicly broadcast their our-told-you-so glee to the rest of the world. The dust on Boylston Street had hardly settled before conspiracy-monger Alex Jones had declared -- with a wisdom untainted by factual analysis or decency -- that the whole thing was orchestrated -- as it only could have been -- by that omnipresent author of all evil, The Government. The bombing was a “false flag” operation meant to frighten Americans into forgoing their constitutional freedoms in the name of the “War on Terror”.  ...Read the rest...

To wit, Mrs. Byington's press kit claims: "Since 2006, Byington has acted as a consultant on satanic crime for the Utah Attorney General’s office of Special Investigations."

About a month ago, I had posted an open letter to Dr. Phil in regards to his decision to film an interview with Mrs. Byington for broadcast. I outlined a number credibility issues related to Byington's claims, after which a reader took it upon herself to see if she could verify Byington's work as a consultant for the Utah Attorney General. She emailed the office a link to the Press Kit. The Attorney General's office didn't take long to reply: